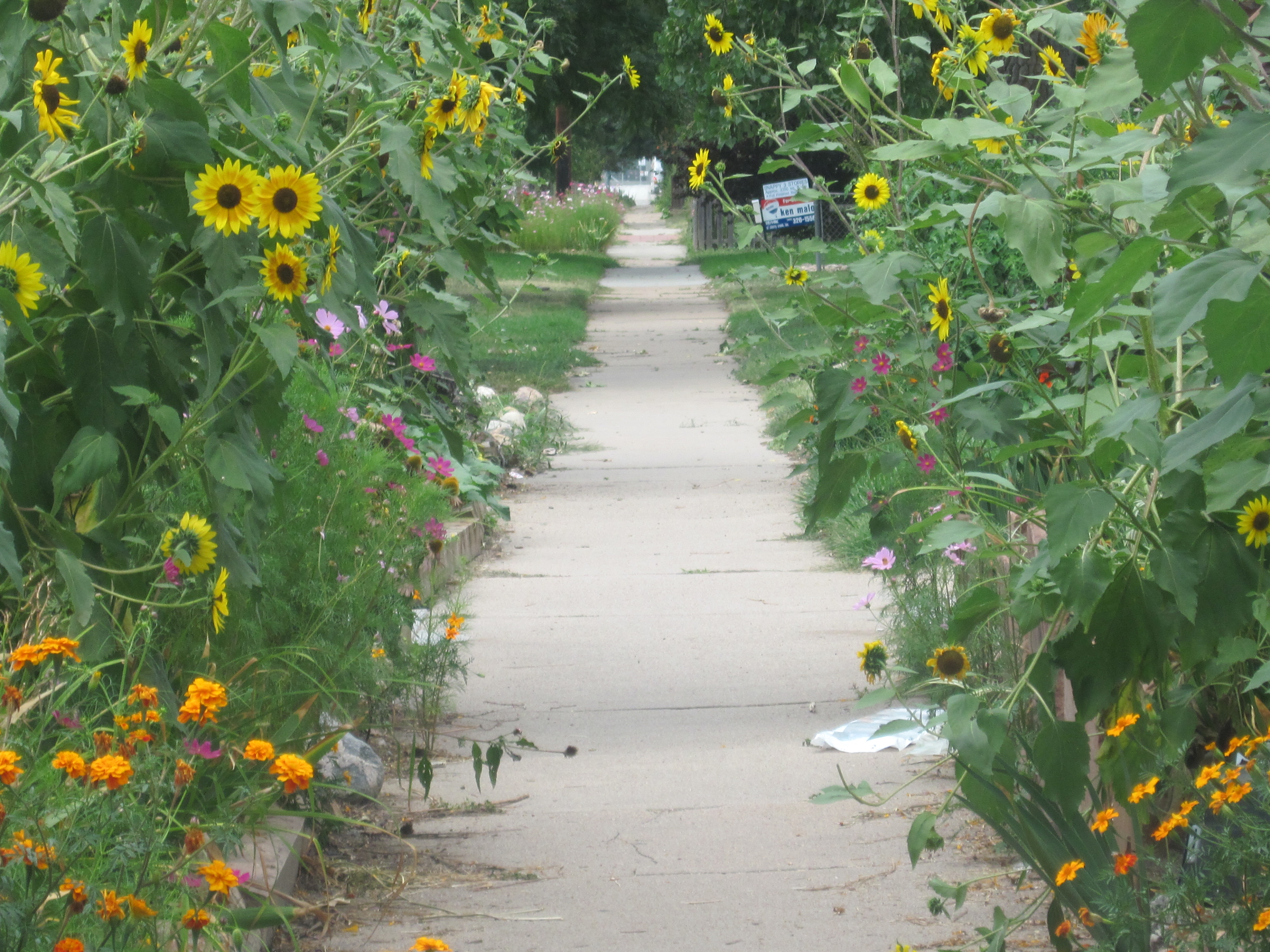 “Understand that the right to choose your own path is a sacred privilege. Use it. Dwell in possibility.”

What can you do when the path is far from clear?

Mathy Lisika-Minsende set up Whatthejobisthis to“inspire career transitioners seeking more than just another job” through the sharing of personal stories.

I spoke at one of her events along with accountant turned comedian Special P and recruitment consultant turned independent careers adviser Shamila, founder of Brighter Mondays.

My talk was called “How I left my job for a livelihood.”

A transcript of sorts:

“Livelihood” means a couple of things to me. First of all, I love the way it sounds: “lively-hood” – much nicer than job! Also, in old English, it just means a way of living, which is something that I’ve aspired to for years. I’ve finally ended up in a position where what I actually do reflects who I am. That wasn’t always the case.

I started off my career as a city solicitor. From the outside it probably looked great. The building itself was a huge marble building, there was an atrium indoors with trees and fountains. I strutted around like everybody else, probably appearing very successful, but I knew the real cost of my Prada shoes. I was absolutely dying inside, because this was the last place that I wanted to be. For one thing, I liked my trees outdoors.

Why had I ended up there? Well, probably because I didn’t have enough courage when I was growing up. I come from the sort of background where my parents expected me to be a lawyer, which I was, or a doctor or a dentist or that sort of thing. So I ended up there, in this office, absolutely hating it. I used to cry in the toilets, and I used to have this bizarre recurrent dream where I’d turn up to a meeting where everyone was there in their grey suits and in my dream I would come in with a plate of cakes. It was just not right for me.

One evening, I was looking through the Evening Standard. You may remember the Far Side cartoons. There was a cartoon which had a wolf at a desk, and he was just sitting there in the middle of the forest, and all these tiny little animals were bounding in front of him, and the wolf just says “I envy those critters their freedom”. And I realised that it was probably just as simple as that. It was my choice to be sitting there in this place that I hated, and I could just actually stand up and I would be in the real forest.

So I handed in my notice the next day. I had absolutely no idea what I wanted to do next, but what I did know was that I didn’t want to be there. And I thought about some of the things that were worse, and the only thing I could think about that I wanted to do less was be one of those people in Oxford Street with a sign saying “Golf Sale This Way”.

So I left. I obviously had to work to pay my bills, so I went to work in a restaurant, basically taking people’s coats and taking them to tables. That was a real eye-opener for me in what people were really like, and I learnt a lot about human beings at that time. I was exactly the same person, but people treated me very, very differently. I left that after a while and went and qualified as an aerobics instructor and personal trainer; and I helped some people who worked in film production with some of their legal issues. And I just got really, really tired.

So after a while, I did go back to law and I thought I’ll try something different. I wrote, not thousands, but it felt like thousands of letters. I eventually got a job in a music law firm. I did that for a while. I didn’t like it that much more. I tried working in-house for a company, PriceWaterhouseCoopers and advising in a different way.

And then I had what I think is probably my big breakthrough. I was out eating mussels. So, you know, miracles happen in very unusual places.  I wasn’t bored with my companion, but I was thinking “… Oh, gosh, you know, these shells are so iridescent … they look like butterflies! Oh … chrysalises … what else comes out of chrysalises? What if human beings could come out of chrysalises?”

I woke up two weeks later and wrote a story, it just came out, about a little girl who’s not very well. She gets visited by a butterfly and all this amazing transformation takes place, and at the end of it she flies over the rainbow. I illustrated it as well, and the illustrations were pretty awful. I hadn’t drawn since I was about 14. My parents were very insistent that I only did academic subjects, so I just didn’t really have those skills. I went looking for an illustration class, and when I was doing that I found out about something called Access, which is a course you can do that then enables you to apply to go to university. So I did a two year Access in to Art course in the evenings, and then I applied to go to St. Martins and got a place on their five year part-time BA.

I then left my job at PwC and went to work part-time at another law firm, which was kind of quite unusual at the time – but there was a condition, which was that I always had to have my mobile phone and if I had to go to a client meeting on my art day I would do it. The result was that three years into the part-time degree it just wasn’t working, law was still taking over. And I sort of gave up. I gave up the degree and I also left my job. I was even beyond thinking because actually to give up St. Martins was a big, big deal for me.

And in that space I suddenly realised that I had to appreciate and accept all of myself. So I’d spent all these years going “I hate law, I don’t want to be a lawyer”, and I suddenly realised “well, hold on, yes, I don’t like being a lawyer, but I’ve learnt all these other things. I can facilitate people, I’m used to processing very complex material”, and I thought about all of the other things that I could do.

One of the things that I had done when I was lawyer is I had been a contributor on a programme for Christian TV. They’d made a programme on the Ten Commandments, and asked me to speak about the rights that Jesus has in his name, because I used to advise on trade marks, company names, domain names. So I got that material and I sent it off to an organisation called Legal Network Television who make programme for lawyers, and I pestered them every week for nine months. And they eventually said to me “we need a freelancer”. And so I made a freelance programme for them, and I carried on working for them as a freelancer really until last year. Well, I’m technically still on their books, but they’re really not using freelancers any more. So I started to make programmes for other organisations.

I also decided that I would like to do an online advisory service for artists, where they could send in their copyright and contract queries and I would answer them. And I made an Arts Council application. I got so much discouragement around it from everybody I interviewed in support to my application. Rather than being put off by it, I let the application go through. I didn’t get the funding. Everyone had kept saying it’s been done before, it’s been done before, and I found out why. I investigated, spent a lot of time finding out why, and tracked down the “man who everyone mentioned” (Henry Lydiate) who had set up a very similar service in the ‘70s, and he and I ended up approaching another organisation called Artquest, who now have that service, which still runs today. It’s called Q&A. And he also invited me to assist him as a lecturer on various postgraduate courses, which I still do.  Once I was a bit more stable, I also re-embraced my art and started to take my children’s story to schools as part of a combined arts workshop with art and dance.

So where am I now? Well, it’s 2012 and all of that’s still on-going, but I have a blend that I’m very happy with, of kind of different things that I feel feed these different parts of myself. Nothing’s really a huge compromise. So, what are the things that I learnt along the way that meant a lot to me and kept me going?

I would say that the biggest thing is just to keep going, and if someone says “no”, don’t think about it as being a “no”, look at what’s underneath it, because it might be a no to what you were asking for or expecting, but it could be a yes to something that’s actually much bigger and much better, and something much more wonderful than you imagined.

Mathy runs a regular storytelling evening “Tell it like it is” connecting those who have changed career and those undergoing any sort of transition.

I would love to hear how you’ve found the path that is true for you or if you are still discovering it.  Please leave your comments in the box below and I will read every one.